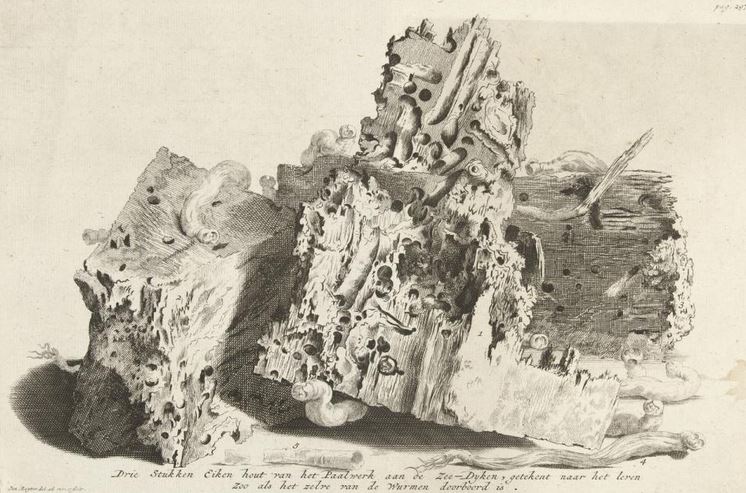 The sudden arrival of shipworms (Teredo navalis) along Dutch coasts in the 1730s posed significant challenges for water management. Although this invasive mollusc would eventually catalyse a dramatic transformation of coastal dike infrastructure, those changes only developed in the context of years of experimentation, wide ranging popular participation and increasing public anxiety. The perceived novelty of the shipworm episode was crucial to the Dutch interpretation of this disaster. This was the first sustained, explosive appearance of marine boring molluscs in Dutch waters. The novelty of the shipworm threat revealed the limitations of adaptive decision-making based in prior experience or cultural memory. At the same time, the novelty of the biological organism offered unique possibilities for natural historians and laypeople to participate in adaptive dialogues. Finally, moralists used the exceptionality of the threat as proof of divine influence. Ultimate technological ‘solutions’ to the shipworm threat developed out of this expanded adaptive discourse.