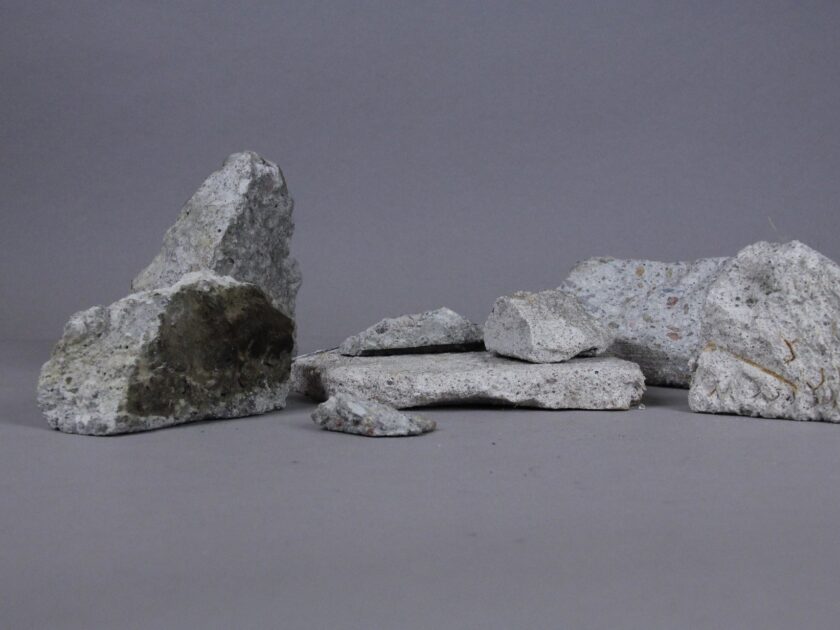 Concrete does not often feature prominently in museum exhibitions, but perhaps it should. In 2018, The Durham Museum in Omaha, Nebraska mounted fragments of concrete in a wall case along with this label: “Concrete is the world’s most used building material. It is a global commodity consumed at a rate of one ton per person per year. Production takes an intense, and largely hidden, toll on the environment.” The concrete fragments came from the museum itself, a renovated 1930s art-deco railroad station, now Omaha’s largest history museum. Undergraduate students in Creighton University’s senior-level environmental history course researched the fragments and wrote the label as part of a collaborative exhibition with the museum entitled Omaha in the Anthropocene: A Learning Exploration with Creighton University.

Along with work on 12 other objects, student research on the concrete fragments told a global story of human-induced environmental change. The fragments represented the impact of concrete production, which since 1950 accounts for between five to seven percent of total carbon dioxide emissions. Other objects, such as a mid-century refrigerator, pointed to the impact of chemical aerosols that damaged the earth’s ozone layer. Coffee cans from the 1930s showed the commercial reach of Omaha’s consumers into tropical ecosystems. These museum objects anchored global environmental relationships to Omaha’s local history. The goals of the exhibition were twofold: first, to reach new audiences that neither partner institutions could engage independently, and second, to encourage visitors to consider deeper questions about the roots and meaning of environmental change on an increasingly human planet. These environmental changes are increasingly framed in the context of the “Anthropocene.”