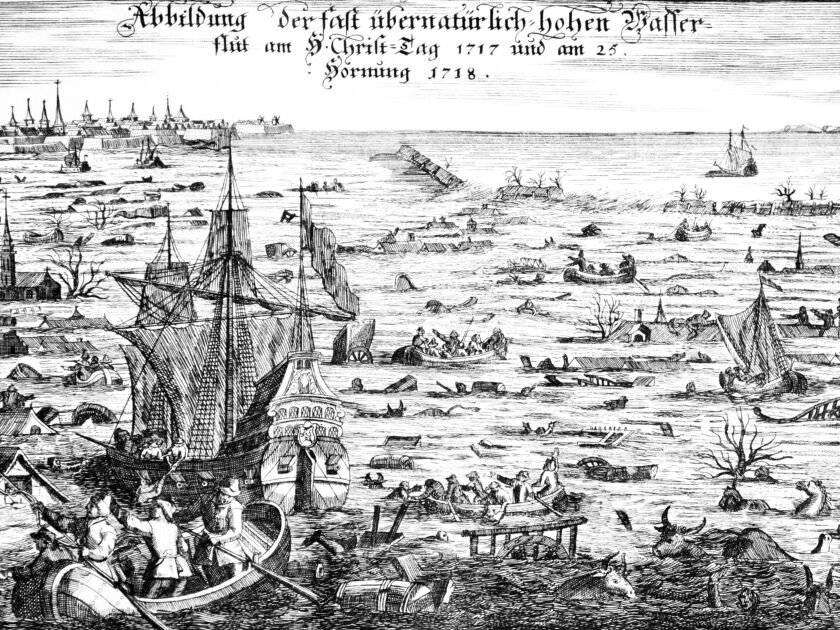 The Christmas Flood of 1717 affected much of the North Sea coastline between Denmark and the northern Netherlands and was one of the greatest disasters of the early modern era. This article investigates the impact of the flood in the northern Dutch province of Groningen and makes three interrelated claims. First, the flood showcased the contested nature of flood interpretation and adaptive decision making in the wake of disaster. Second, dialogues of conflict that developed in the aftermath of the flood focused on three issues: the divine causation of flooding, the financing of dike management, and the viability of technocratic solutions to flood risk. Third, the ultimate goal of much of the flood literature was to promote prescribed action but also to enshrine the motivations for those beliefs in legal precedent, history, and cultural memory. Rather than being defined by either cumulative experience or the shock of catastrophe, the Groninger response is a case study in the importance of both. This balance resulted in a dialogue that stressed continuity and convention while simultaneously facilitating technological innovation.