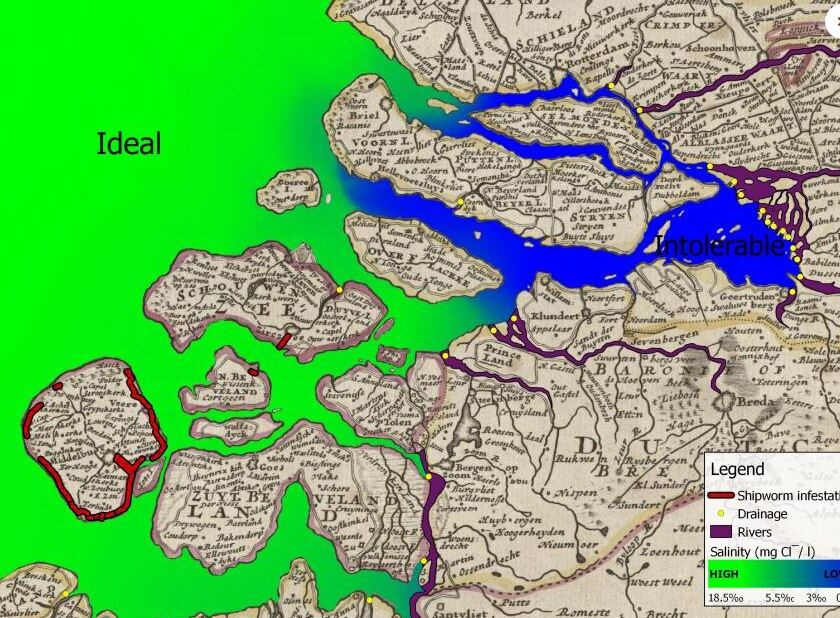 In the fall of 1730 following a relatively minor storm, Dutch dike inspectors in the province of Zeeland discovered a little-known “worm” embedded in the wave breakers that buffered coastal dikes. The animal bored into their wooden components, creating a honeycomb of passages that caused them to snap during the storm. The invader was the naval shipworm (Teredo navalis), a cryptogenic marine mollusk, now found worldwide. Subsequent inspections on the island revealed that nearly every dike protected with wood contained shipworms, prompting a crisis of existential proportions. Without these barriers, the earthen bodies of sea dikes would be directly subjected to the erosive force of storm surges. The shipworm infestation “cannot be seen as anything” other than an event of “the utmost consequence, if not total ruin of the island,” acccording to dike inspector Edualdus Reynvaan. News of this novel disaster spread quickly, and by 1731, Dutch inspectors in Holland and the province of Friesland discovered similar infestations along their dikes, sluices, and harbors.