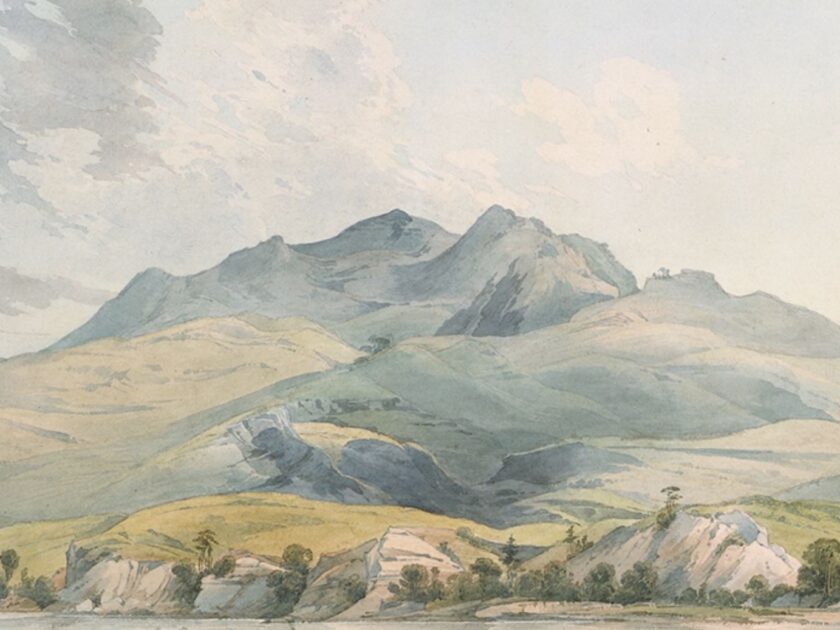 On July 4th 1832, Prince Maximilian von Wied arrived in Boston Harbor having traveled for the last two months from his home in western Germany. Maximilian had already made an international name for himself as an explorer and natural historian as a result of his journeys through Brazil fifteen years earlier. When he disembarked in Boston, he began a new, more ambitious project to cross the interior of North America following the Missouri River. He was accompanied by the Swiss artist Karl Bodmer, whom he had contracted to document the journey. Between July 1832 and July 1834, Maximilian and Bodmer would travel the length of the Ohio and Missouri Rivers together, from Pennsylvania to Montana. Maximilian kept a daily journal that included ethnographic descriptions of Native American tribes and personal accounts of their interactions. Bodmer produced hundreds of watercolors, including landscapes and portraits of Native men and women that remain among the most valuable visual records of the era. Together, Maximilian’s journal and Bodmer’s artwork serve as a rich record of the peoples and landscapes of North America during an era of profound transition.

“The Natural Face of North America” is a digital, public history exhibit about their two-year journey and a collaboration between Joslyn Museum of Art and Creighton University. This pilot project is the first resource that merges Maximilian’s thick descriptions of their travels with Bodmer’s visual impressions. As a fully interactive, digital experience, viewers will be able to explore the journal and images in tandem. Tagged locations, people, and subjects along with embedded maps will allow viewers to interact with and query the combined experience of Maximilian and Bodmer in ways not possible before. The ambition of the Maximilian Bodmer project is to create an immersive experience that can both serve as a powerful research tool for specialists and bring this fascinating story to a larger public.